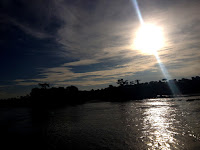 This year with college out of the way I was able to make my second trip to Uganda to paddle the White Nile. I headed out in February after the Kayak Intervarsities for two months. With the Bujagali dam now complete and with it the loss of all the white water above it I was unsure how this trip would go, as on our last trip we spend the majority of our time at NRE making the most of the Sliverback section.

We based ourselves at the Hairy Lemon which is an island on the river five minutes paddle from Nile Special. Its pretty much a paddlers paradise with three meals a day, tea and coffee every morning and some of the worlds best paddling right beside you. Our first day on the river we jumped on from Kalagala and got a pleasant surprise to see how much the levels have increased. 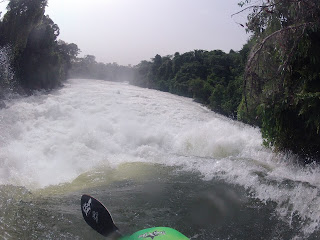 During the first three weeks levels were high enough to have some sick Malalue sessions which is the nicest wave on the river, super smooth like ower but way bigger and faster.  At these levels Nile Special was pretty trashy and would give you a good kicking so it was nice to have another option in the evenings. 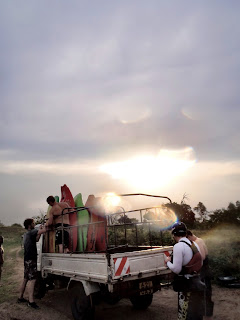 Shortly after Moe arrived levels dropped slightly which meant no more Malalue but special was at prime levels, big green and paddle on.  Days would usually finish up with a special session with the sun setting in the background, hard to find a better place in the world to spend an evening.As for the river with the higher levels the rapids got a lot bigger, most noticeable on Itanda, at these levels it really can give you serious beat down if you get it wrong. Luckily i managed to avoid it this time despite a close call on a run with down with Moe with us both getting kicked off the back if pencil sharpener hitting the Cuban and Moe taking a friendly surf in the ash tray. Lesson of the day was don't go down the entrance ramp side by side. 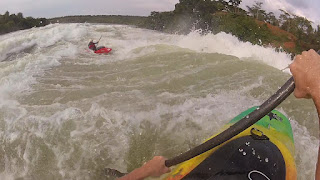 On the back of Pencil Sharpener

Last time we were out we didnt get a chance to run Dead Dutchman, its a tricky one to scout as without a serious bush wack you cant see the entry being the crux move to punch through a wave that feeds into one of the worst looking poor overs i have ever seen. Once your past that you drop down a ramp into a series of massive surging waves that will eat you if you get unlucky. About ninty five percent of the volume of the Nile flows down this rapid so you get some incredible boils and whirlpools.


As for a paddling destination Uganda still has it all, warm water, big waves, friendly locals and a laid back lifestyle. I cant recomend it highly enough for a trip abroad.  I will definitely be back again. 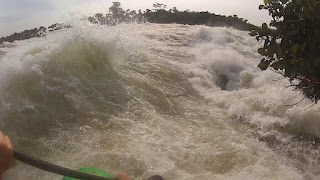 Dropping down the ramp on Dead Dutchman

Here a quick video of out trip that Andrew put together.


As for now I have just arrived in Canada to work and paddle on the Ottawa river for the summer. First few days on the river have been good here, warm weather already and hopefully some good play will come in this week.That's about it for now, hopefully will get an update up during the summer
Posted by Barry Loughnane at 1:09 PM 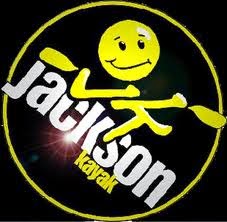 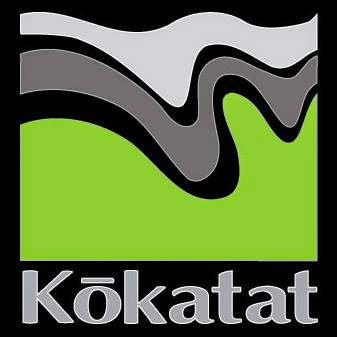